Filed Under Current events, The Curse of 1920, Women's rights movement 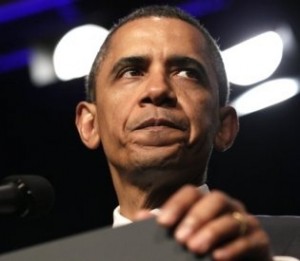 One could say Obama won the 2012 election.  Another could say the Democrats won.  But let us look at the bigger picture of God’s ways and see who truly won.  What there do we find?

Why did people vote for Obama?  They voted for him because they liked him and he made them feel good.  They voted for him because they think he will give them free things, like medical care and welfare.  But what they did not have or use in voting for him was clear, rational deduction.  To lay this out more simply and governmentally, they were moved by feminine emotions, and not by sound masculine governmental thinking.

The fact is, with the Curse of 1920 when women received the right to vote, this nation began a journey where more and more it conformed to the weaker, easily deceived, feminine element of man.  This has HUGE and far reaching consequences, all of which are tearing down the moral and social fiber of this nation.  This fate was clearly evidenced in that in this same election same-sex marriage won support in three more states, taking the total number to nine.

With the reelection of Obama as president, seemingly against all odds, we see evidenced and attested that the Curse of 1920 continues to prevail over this nation and the world to our detriment.  His reelection insures the continuation of America on a path of destruction.  Feminism, the quality of being weak and easily deceived, rooted all the way back to the Garden, was most clearly evidenced in this election as America continues down this path of utter moral, governmental, and fiscal failure.

Who then won the election?  Feminism!

To know more about this destructive course, watch the four-part video, “Abandoned.”