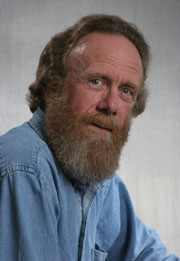 The entries to this weblog are provided by Gary D. Naler:

I am the author of The Curse of 1920: The Degradation of Our Nation In the Last 100 Years. In this book I carefully chronicle, showing the dramatic ill consequences of, a three-pronged curse that came upon America in 1920: the Eveonian women’s rights movement, with its roots going back to Eve in the Garden of Eden; jazz, rock, and rap music, which has its roots in Voodoo; and abortion/euthanasia. The gravest threat and most destructive force of these three has been the women’s rights movement—the greatest enemy to mankind on the face of the earth! To read the book, click here.

After receiving a BS degree from Texas Tech University in 1973, I spent the next six-and-a-half years behind a desk as a regional supervisor in Texas air pollution standards enforcement. But my education in life was not yet complete. Afterwards, I embraced a year of humbling by cleaning carpets, taking off my big graduation ring, often going into areas of lower-end apartments. Here my heart was broken for the poor and needy, and I devoted the next thirteen years to helping them in the Dallas area. During that time I also hosted a weekday radio broadcast, addressing the needs of the poor.

After building a home for homeless and/or abused women and children, my years since 1994 have been earnestly devoted to understanding and presenting vital issues such as those addressed in The Curse of 1920; in its companion book, Coverings, addressing men’s God-given beards, along with modest dress and headcoverings; and in matters addressed here in this weblog.

There are two things that, I believe, afford me a perspective that is most often lacking by others. First, it is critical that we see things from the big picture. If we could see the big picture with its virtues and its faults in the past, and the resulting consequences in the future, then most certainly we would alter our present ill actions. But unfortunately we tend to exhibit tunnel vision, or as the apostle Paul wrote, we measure ourselves by ourselves and compare ourselves with ourselves, and for this reason we lack understanding.

Second, I believe we must look at things governmentally. Government, whether it be personal, social (including the family), or civil, is synonymous with the bones in our bodies. Government affords essential shape and order, with the ability for mobility and achievement. On the other hand, faulty government cripples and distorts. Government is rigid and unchanging; therefore, right government is critical, affording consistency and security.

Married in June, 1969, to my wife Mavis, I am the father of five children—four girls and one very fortunate boy. All of our children were home schooled, television was not a part of their upbringing, modesty in dress was a very important part of our lives, and the children were all very involved in accomplished classical music training and symphony orchestras. Our lives were also enriched by multiple farm animals, including cows, a horse, goats, chickens, dogs, cats, and rabbits, along with plenty of fresh air, a rewarding garden, and open space that feeds the eyes and the soul.

Personally, I am an ag-boy at heart. I love the outdoors and find my greatest rest there. But most importantly, I live to know our Creator, to learn His ways and to walk by and in them, and to give Him pleasure.