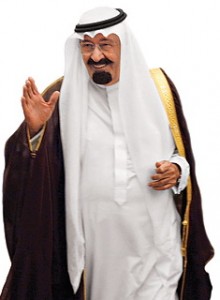 From America in 1920, to Kuwait as recent as 2005, this world has systematically witnessed nation after nation succumbing to the Curse of 1920, granting the Eveonian (of or characteristic of Eve) practice of women voting. Today, there is only “one man left standing” in this world, only one voting nation that has not relented to this dreadful Curse, and that nation is Saudi Arabia.

The World Fact Book of the Central Intelligence Agency reports that Saudi Arabia is the last voting nation to have not yet granted the act that, without exaggeration, should bring fear in the heart of anyone—women’s suffrage!

Since women received the national right to vote in America in 1920, destructive consequences followed that have been exceedingly worse than those of repealed Prohibition or the election of Warren G. Harding, each the ill fruit of 1920. As a direct consequence of women voting, the cost of government immediately skyrocketed (How Dramatically Did Women’s Suffrage Change the Size and Scope of Government?, by John R. Lott and Dr. Larry Kenny, University of Chicago School of Law), and today gravely threatens the collapse of our economy.

Likewise, because of the dissatisfaction preached by feminists, the aggressive erosion of our traditional moral and social values, and the feminization of our courts of law (where women file three-fourths of all divorces), divorce rates more than tripled after 1920! The outcome is not only the deterioration of moral values, but the destruction of lives due to divorce, and the destruction of the financial security of families.

Along with the Eveonian desire of the woman to be equal to the man in voting rights and governing, she is not satisfied until she equals or exceeds the man in education and employment, and even in appearance. Women have cast off the dress and have taken on the man’s attire of pants and short hair. As Hillary Clinton boasted, “In my White House, you will know who wears the pant suits.” This is a passion of women; yet in revealing contrast, you do not find men in America wearing a dress. The curse of the woman is to desire the place of the man; but the man’s desire is not for the place of the woman.

Adding to this the complete immodesty of women regarding their clothing, where is their sense of and a message regarding personal restraint, morality, virtue, and motherhood? Where do you even hear these things taught or exemplified to women? Women more and more dress like a whore, advertising their bodies with no regard for modesty or godly behavior, repeating the Garden by making themselves naked.

And not least in this evil fate of Eveonian feminism is the like outcome of death. Despite the position of matriarchal feminists Elizabeth Cady Stanton, who called abortion a “crying evil,” and Susan B. Anthony, who wrote that “the woman is awfully guilty who commits the deed,” directly as the outcome of the women’s rights movement, the repulsive and shocking murder of 3,500 children occurs every day in America alone by abortion!

This is only the beginning of the ill and destructive effects of Eveonian feminism, which, as now proven, turns society and morals on their head! Women’s suffrage came in 1920, and we have been suffering from it ever since!

So we ask you, Saudi Arabia, is this what you want as well? Will the Curse of 1920 finally begin taking evil and destructive root in you also, the last nation that has escaped its fiendish grip? Will you today want to be known as the generation that gave in to the Curse of 1920 that began in America, or rather as the generation that in wisdom and virtue refused to fall and rejected its destructive invasive encroachment? Will you be the people—the last man standing—who will draw a line in the sand and say: “Thus far and no more! … The world-wide Curse of 1920 stops at our borders!”? For the sake of us all, we hope your choice is the latter.

Saudi Arabia, you would be wise to recognize that you, like America, greatly risk losing your moral virtue and the good that you now have, and that by small increments—ever compromising until your people get to the place that you would not accept today. And in that threatening process of gradual demise in your country, you now face the greatest and most adversely impacting factor that exists on earth—giving women the right to vote! You have honorably rejected the third part of this Curse—abortion. You wisely place restraints on its second part—contemporary music (though it is making certain destructive inroads). But of most importance, it is critical that you reject this most destructive first part—feminism!

In order to effect the moral demise of a nation, all that is necessary is for each generation to say concerning the next generation—it wasn’t this way in my generation. And by far, the greatest lynchpin there is in the moral failure of a nation is to allow women the right to vote and exercise a right in governance. By God’s design, governance does not belong to the woman, but rests solely with the man. This is God’s order, and we commit ourselves to certain failure and demise by violating His order. Civil, social, and moral failure comes by failing to look at the long-term effects of the choices that are made, and America reveals most clearly where you are fearfully headed.

God designed man where the woman was not to have any place in governing. This nation’s founding fathers knew this well, both ordering and building it on the wisdom and truth of the Scriptures, emulating God’s government:

(1) When a man and a woman are married, the two became one flesh, and

This country had in its beginning a patriarchal form of government; therefore, property was held primarily by men, and they governed exclusively. The thirteen colonies established their governments and the government of this nation under the significant influence of Blackstone’s Commentaries, which state:

By marriage, the husband and wife are one person in law; that is, the very being or legal existence of the woman is suspended during the marriage, or at least is incorporated and consolidated into that of the husband, under whose wing, protection, and cover she performs every thing; and is, therefore, called in our law—French a feme-covert, faemina viro cooperta; is said to be covert-baron, or under the protection and influence of her husband, her baron, her lord; and her condition, during her marriage, is called her coverture.

The legal principle of “feme-covert” is just what the word means—the “covered woman.” But even as women have abandoned the headcoverings that have been worn from the beginning of the church until the Curse of 1920, as well as the coverings of modest clothing (both of which are gratefully respected by Saudi women), so they have abandoned the feme-covert, the covering of the woman by her husband, her coverture, as well as men governing.

Also from 1 Corinthians 11, Blackstone sets forth the like legal principle of “covert-baron,” or “under the protection and influence of her husband.” This too our nation wisely recognized and legally followed at its founding. But our problem today is that, like Adam, we have listened to the voice of the woman (Genesis 3:17), and thus, as in the Garden, have forsaken Him and His ways and are now reaping the burgeoning ill consequences!

Yahweh declared that when the man and the woman marry, the two become one flesh under the husband’s headship, covert-baron, or coverture. This is the governmental principle Blackstone set forth when he stated that “the husband and wife are one person in law.” And this is the legal principle upon which this nation was founded, and in its beginning acknowledged and practiced.

So what makes more confirming and attesting sense than, as set forth from the beginning of both man and this nation, when the man votes, he votes in representation of both his headship and governmental union of oneness with his wife? What better effectual outward sign of the value and government of marriage is there than the affirmation of one vote? One vote is representative of one governmental unit, or union.

What then takes place governmentally when man and wife both vote, and can even counter each other’s votes? They attest to the abandonment of that divine union, to a house divided, which our families and our nation have obviously become because of Eveonian feminism. What we do and how we set up our government speaks far louder, is more effectual, and has overwhelmingly greater impact than all the words in the world. When men and women vote separately, it clearly speaks of the separation of the two—divorce! Therefore, according to cause and effect, what we aberrantly sowed in the alteration of our voting laws, we shamefully reaped in our families!

When governance is placed in the hands of man, that government must be wholly consistent with the government of God, his Creator. America must therefore return to the standards set forth in the patriarchal government of the thirteen colonies that formed this nation. And you, Saudi Arabia, the last man standing, will hopefully uphold this exclusively right and just government.

Thomas Jefferson stated that, “to prevent depravation of morals and ambiguity of issue” women should not have the right to vote, nor should they “mix promiscuously in the public meetings of men.” Furthermore, he added: “The appointment of a woman to office is an innovation for which the public is not prepared, nor I.”

Nor was John Adams prepared for such vice. In like conviction and resolve, Adams replied to the voice of his own woman, his wife, when she insisted, and even threatened, that women must have a place in governance:

We [men] have only the name of masters, and rather than give up this, which would completely subject us to the despotism of the petticoat, I hope General Washington and all our brave heroes would fight.

After observing the way women in France were allowed to interject themselves into civil affairs, Jefferson wrote to Washington:

[Few Americans] can possibly understand the desperate state which things are reduced in this country from the omnipotence of an influence which, fortunately for the happiness of the sex itself, does not endeavor to extend itself in our country beyond the domestic line.

Shamefully and with expected detrimental consequences, Eveonian feminism did extend itself into America, and it will further take root and bring the same ill fruit if allowed to be extended into Saudi Arabia!

To our brothers in the last nation standing, Saudi Arabia, do not follow the ways of the Garden of Eden where the man listened to the voice of the woman. Do not follow the ways of America, which in like manner rejected the council and government of its forefathers and listened to the voice of the woman. Those who do, open for themselves Pandora’s box, or let the proverbial camel get its nose in the tent. We have proven here in America how, incrementally, a nation is destroyed by failed choices. That which happened in America, happened in the Garden of Eden, and it will happen to you as well if you let women have the right to vote. As warned to Adam when God came to him after the fall—do not listen to the voice of the woman! You are the last man standing! Draw a line in the sand and reverse this Curse of 1920!