So, Fifty Percent of YFZ Incarcerated Teens Have Babies 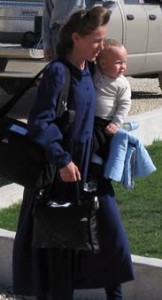 According to Child Protective Services (CPS), of the supposed 53 girls between the ages of 14 and 17 who at gunpoint were forced from their homes at Yearning For Zion Ranch, 31 either have children or are pregnant. Rod Parker, attorney for the FLDS families, doubts those numbers. “I do have serious questions about how they are determining age in there,” said Parker, adding that the information from CPS has “absolutely nothing to back it up other than it’s coming from them, and they think we should trust them.”

Let’s say that another way, Rod: “And they think we should trust them?” We must keep CPS in perspective and call it what it is. May I be so bold to identify it based on the experiences of thousands of others—Child Predatory Services.

There are numerous web sites that chronicle the entirely destructive and intentionally deceptive actions of CPS, so why should we trust them now? Go online and read the horrifying stories of how CPS has destroyed families and children’s lives, including inflicting child abuse and even death under foster care. Read Georgia State Senator Nancy Schaefer’s 2007 report after working with 300 CPS cases in Georgia alone, stating that CPS has “become corrupt and that the entire system is broken almost beyond repair. … It obliterates families and children simply because it has the power to do so.”

Consider what took place when CPS carried out the bogus Wenatchee sex scandal atrocities that destroyed many families and lives, in the end costing authorities over $10 million in settlements for civil rights violations and negligence. In like regard, consider the disturbing online report by the Center For Judicial Excellence titled “Family Court Crisis: Our Children At Risk,” as they chronicle the epidemic systemic problem in family courts in general. And read the startling facts about CPS at www.fightcps.org. The tragedy that is taking place at Yearning For Zion only highlights an even vaster problem that is taking place throughout the country.

CPS spokesman Darrell Azar said regarding the young mothers: “It shows you a pretty distinct pattern, that it was pretty pervasive.” The far more glaring fact is, Mr. Azar, that CPS evidences a much more glaring and pervasive pattern towards the destruction of healthy homes and families.

Furthermore, the hypocrisy of these accusations is glaring. CPS reports that over half of these young ladies either have children or are pregnant. Let’s disregard for now the question of whether the fathers were of some measure older than the mothers and compare apples to apples. If you want to speak of 50 percent, let’s look further.

So, who commits the greater wrong—the YFZ polygamist girl who has a marital relationship with one man and brings forth a child in a healthy loving relationship, or 50 percent of the girls outside YFZ who commit their own acts of irresponsible polygamy by two becoming one flesh on not only one but repeated occasions, sometimes aborting the child, and a quarter to a half of them contracting a venereal disease from their promiscuity? How come there is no outrage for these irresponsible actions that effect far, far more destructive results?

Why don’t we invade these homes and take away these teens at gunpoint, or is it now OK because they have consensual sex with a boy in order to fit in with a now-corrupted society? Is not a young girl at YFZ also consenting, but to a godly purpose according to their godly intents? What bothers me, and should bother others, is that we condemn a people who have far less guilt and destructive behavior, yet wink at practices that, though accepted, are exceedingly more damaging. If you’re going to pick fruit, it now appears that it’s far easier to steal someone’s full basket (led to by a lie), than to go out and gather the wild fruit where there are thorns and briars.

Also, outside of YFZ over 50 percent of all marriages end in divorce, destroying the family and detrimentally impacting lives. And many of those who divorce go on to marry another, committing their own act(s) of serial polygamy. Likewise, 50 percent of all homes do not practice the once-cherished standard of a two-parent family, which accounted for 80 percent of households as recent as 1950. In that same year, black illegitimate births were 17 percent, while today they are not 50 percent but a staggering 70 percent. Today, the national average of illegitimate births is at 40 percent.

Yet CPS wants to raid Yearning For Zion because they believe that something wrong is going on in those families? At least they have intact committed families, something we in the outside world casually cast off and abandon for want of pleasure. And lest we forget, 3,500 babies are not being slaughtered each day in YFZ either. So, who is truly guilty? And who then, Mr. Azar, evidences the far more pervasive pattern of family and personal destruction?

Since the state of Texas allows young men and women to marry at the age of 14 with parental consent (Section 2.102 of the “Parental Consent For Underage Applicant”), why then doesn’t the state simply fine these peace-loving people for violating a marriage law? And what’s to say our grandmothers and great-grandmothers and mothers throughout the centuries were wrong for marrying at an equally young age?

Without a doubt, there is no justification for these Gestapo actions typical of CPS who has taken these children from their parents and effected the most heinous stress-causing shock possible upon them and their families. There is only one thing worse than the loss of a loved one by the finality of death, and that is the unquenchable and irresolvable pain of separation from that loved one while they yet live.