The Corruption of the Kingdom of Heaven

Filed Under The kingdom of heaven 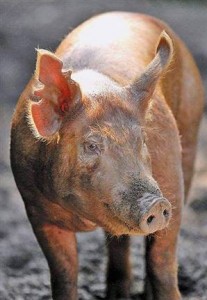 Have you ever considered the fact that Yahshua, the Son of God, actually came to this earth early, before the time of His triumphal coming? This being the case, one must ask the question as to what the consequences of this would be. And I warn you, that which is presented here is very compact, leaving out gentle helpful explanations, but gets right to the core.

The demons said to Yahshua when He was seeking to cast them out of the possessed men in Matthew 8:28-29, “What business do we have with each other, Son of God? Have You come here to torment us before the time?” This thereby raises a very important matter. It was incumbent that Yahshua came early, before the time of His right to reign. And in so doing, this had, and continues to have, highly impacting consequences and meaning for both Himself as well as the church.

Yahshua’s first coming was in fact as prophesied in King Saul who was in like manner early, a correlation equally born out in that this was the very name of the man who began Christianity out of Antioch—Saul. And equally revealing, this birthplace of Christianity is the city established by the family of Antiochus, who effected the abomination of desolation for precisely three years (a type of 3,000 years). Though the throne is reckoned from David, there was a “before-the-time”-King-Saul work preceding it that was corrupted. Likewise, there is a “before-the-time”-Antioch-Saul work that precedes Yahshua’s reign.

This is the corrupted body of Christ work that has the very fate that Yahshua said would take place. As He said in Matthew 13:24-33, the kingdom of heaven has been corrupted with “tares,” it has become exceedingly large and is corrupted by the “birds of the air,” and if allowed to continue would be three parts (3,000 years) that would be “all leavened.”

In truth, that which happened to Christ at the hands of the Romans, was, of necessity, effected upon the body of Christ. The body of Christ had to bear His cross in order to be worthy of Him. Yahshua was beaten, blindfolded so that He could not see and asked to prophesy, spat upon, a crown of thorns was placed upon His head, a scarlet (Matthew 27:28)/purple (John 19:2) robe was placed upon Him and a reed placed in His right hand, His beard was plucked out (Isaiah 50:6), and His appearance was distorted beyond recognition (Isaiah 52:14). All these things have fittingly taken place in the body of Christ.

The body of Christ has been afflicted by its tormentors, both man and Satan. It has been blinded so that it cannot see, and even so asked to prophesy divine revelation, which it cannot do. The cares of this world have been placed upon its head to its harm. And as the apostle Paul wrote—“you have become kings without us; and indeed, I wish that you had become kings so that we also might reign with you” (1 Cor. 4:8)—so the body of Christ takes on the false appearance of reigning on this earth. But clothed in purple and scarlet, it is in fact mystery Babylon the great, the mother of harlots, equally clothed in purple and scarlet and sitting on the seven-headed beast (Revelation 17:3-5). The beard has been plucked out of the body of Christ, taking on the appearance of a woman, even becoming in appearance that which is not even Christ. Thus it was inevitable—as went Christ, so has gone the body of Christ.

The church’s fate is as spoken in the prophecy Yahshua quoted from at the Mount of Olives after the last supper where He foretold that He, the Shepherd, must be struck. Zechariah 13:7-9 goes on to say that two parts (2,000 years) of His sheep would be cut off and die, and the third part would pass through the fire, be refined, call on His name, and He would call them His people. This is the same government of the peace offering that is eaten for two days and burned on the third (Lev. 19:6). Therefore, for 2,000 years Yahshua’s sheep, the peace offering, have been cut off from His kingdom here on earth by death, and the third part must pass through the fire in the Millennial reign.

Very important to note and distinguish, Yahshua had come in a time that legally belonged to the nations under the rulership of Satan, the god of this world, when “the whole world lies in the evil one” (1 John 5:19). It was only by coming early, while the nations and Satan had a legal right to the world, that Yahshua could have even been crucified. Had He waited another 3,000 years, the time would have been right for Him to reign and it would have been illegal for His crucifixion. Therefore, in order to be the Lamb slain He had to come early. However, this also meant that His kingdom that He began could not reign either (though they take on that false appearance). The nations and Satan have had a legal right to likewise rule over it, and so it has been corrupted and defiled to this day. Thereby, Satan has rightly had the authority and headship over the body, even as Babylon was given authority and headship over Judah.

This now brings us back to where we began—the demons who asked if they were to be tormented before the time. The specific timing of Yahshua’s first coming, and thus the church, is attested in this highly revealing account.

In Mark 5:9, the demons answered Yahshua as to their name—Legion. What was a Legion? It was a regiment of 6,000 men. How many years had Satan and the nations had the right to rule at the time of Yahshua’s coming? Four thousand years. How many years then did they have remaining? Two thousand years yet remained. So when Legion (6,000) asked if Yahshua had come to torment them before the time, did they receive their legal right to the remaining 2,000 years? Yes indeed, clearly attested by Him granting Legion his request—to enter 2,000 swine (Mark 5:13) and thereupon taking them all to the sea of death. Once again, this is and has been the fate of Christianity for 2,000 years, the precise period of the Shepherd’s kingdom that, as prophesied, would “be cut off and die.”

One final note: No one acknowledges Yahshua’s words when He clearly stated to His apostles, “We must work the works of Him who sent Me as long as it is day; night is coming when no one can work. While I am in the world, I am the Light of the world” (John 9:4-5). I would ask you, has Yahshua returned to the world, or is it in fact true as He said that no man has been able to do the work of the Father? The work that has been performed by the corrupted body of Christ, that in great majority now lies in the grave, is no more the work that must take place than the prospect that Saul’s work was accepted or that Babylonian captivity was acceptable. It is the period of darkness that follows upon the Passover Lamb having been slain, and all then go into the house to eat the Lamb with bitter herbs, with sandals on their feet, and a rod in their hand, as they await the morning Light to finally dawn and can thereupon pass through the blood-washed doorway. This is where it seems we are now—at the dawning of the true Light, the coming of the third part.