Flora Jessop: The Troubled Woman Who Cost Texas $14 Million, and Hundreds of Innocent People Their Peace and Safety, Part 3 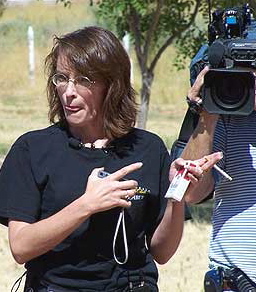 The Yearning For Zion Raid

It’s one thing to stand under a high-wire and try to catch those who might fall, and quite another to climb the pole and cut the wire.

If Flora’s purpose is to help those who want to leave the FLDS, and some indeed leave and have the freedom to do so at their own will, then why is it that she seeks to enforce a destructive control for which she herself accuses them? But if her purpose is to grandstand, to lead the uninformed into deception, and to foment unjust actions so as to destroy peaceful innocent lives, then it is she who needs to be called into question and disregarded.

• Quote: Flora is a publicity-hungry “fanatic” whose “demands to have control over someone else’s children are becoming eerily similar to the dictatorial attitude of her sworn nemesis, Warren Jeffs.” She is “misguided and devious.” (“The Phoenix New Times”)

When the state of Texas and CPS invaded the YFZ Ranch with substantial militant force, removing all of the innocent children, they did so illegally. This has been the ruling of both a Texas Appellate Court and the Texas Supreme Court. So what was it that prompted Texas and CPS to take this highly extreme and costly action that has now blown up in their faces?

In March of 2004, Flora traveled to Eldorado, Texas, where she met with local law enforcement officials and held a press conference. Here she found a very receptive ear in Schleicher County Sheriff David Doran. “Flora has provided us with a lot of information and I find her to be very credible,” said Doran. This relationship continued over the next four years, leading up to the YFZ raid. In fact, after the raid Doran confidently stated, “I have had a good informant who has given me good information over the past four years. This person has been assisting us as we’ve gone forward on this operation.” A court affidavit unsealed on April 9, 2008, stated that “on more than 20 occasions” Doran’s informant had provided him with supposed details about life at the ranch. He has also stated that the informant was a former member and was “instrumental in teaching me the group’s ways.”

Putting all the facts together, it is quite obvious that Sheriff Doran’s trusted informant was none other than inflammatory Flora Jessop. She is the only former-FLDS person who had been with him for four years. Later he said that there was more than one informant. Indeed, subsequently there were other anti-FLDS former members who provided biased information, but Flora was the first and foremost.

Flora had stated prior to these events, “One day [the FLDS] will go to war with law enforcement and the streets will run red with the blood of the enemy. We were taught that from the time we could walk.” She said the “compounds” aren’t like homes in that they are fortified, built with thick walls. “They are very much armed. They have many, many weapons,” she warned, and even went so far as to say that Warren Jeffs is “David Koresh, Jim Jones, and 9-11 all wrapped up in one nice little package. These guys are very dangerous.” How then would this kind of information affect Sheriff Doran?

It is now evident who is the more dangerous—Flora. These views of Doran’s trusted informant explain why he called in such a dramatic show of law enforcement with extensive firepower and militant might. With SWAT-team methods they crashed through doors and entered into homes with machine guns raised in an invasion so large and with so much might that it cost Texas $5.3 million to carry out. But what kind of resistance did they encounter? Was it Flora’s forewarned apocalyptic bloodbath? No, they encountered nothing more than shocked adults and scared crying children. Where were all of Flora’s promised weapons? Once again we see why Flora Jessop cannot be believed. Truth is as elusive in her life as were the purported weapons—they did not exist whatsoever.

At the October 13, 2006, Exmormon Foundation annual conference, Flora related her own purported personal experience with these gun-slingin’ FLDS men. “The way these guys work, they’re not gonna come after me, although they do. I’ve had many fun instances where we’ve dealt with bullets flying and things like that; but, hmm, I just think they need to get a better target to shoot at.” Her account is nauseating. This blatantly outlandish statement reinforces the reality of Flora’s rampant fantasy for violence, and her willingness to propagate it.

And this infection of misinformation has not been limited to Sheriff Doran. The Utah Attorney General, Mark Shurtleff, ranted in an interview, “Here’s a man [Warren Jeffs] who had a whole army supporting him, who thumbed his nose at the law for years, who ran from us, who had people surrounding him with guns, threatening to go down with him.” Really? And where have we heard this before? And when Jeffs was arrested, where were all those guns as well? And who, once again, was telling Shurtleff this false information? And as a state official, why was he one of these eager gullible listeners?

And remember those wildly false accusations Flora made about the baby graveyard? What then could also have been expected during the raid, compliments of this same source? Reported in a press conference on June 2, 2008, by FLDS spokesman Willie Jessop, “They brought in cadaver dogs and raided all the flower gardens to try to find babies and carcasses. It’s how sick their information has been.” The source of that information is clearly evident. Of course, once again, they found no babies.

In a letter of June 17, 2008, to Utah officials, including Mark Shurtleff, FLDS attorney Rod Parker noted, “Moreover, as investigations proceed, Texas authorities are acknowledging that in conducting this raid they reacted to erroneous intelligence.” He chided Utah officials for repeatedly providing Texas authorities irresponsible information “from unreliable sources,” characterizing these as “hate groups who wish to see the FLDS destroyed.” As a remedy to these false insular ideas that have brought about so many unjust and excessive actions, Parker urged them, “It would take very little investigation on the part of your office to realize that your sources are unreliable.” Unreliable indeed.

• Quote: “I have a begrudging respect for [Flora].… She does more harm than good, is an unpredictable bad source, and not credit worthy.… She talks a good ball game, but when you look at her…. She rules over anybody who gets in her way, including me.” (Bob Curran, founder of the anti-polygamist organization, Help the Child Brides, and who personally worked with Flora)

So much more could be said about this raid. As a much-touted public figure, how is it that Flora’s lies could have incited Rosita Swinton, the bogus caller who sparked the raid? Rosita had made similar calls prior to this, going back to June, 2005, but never relative to the FLDS. So where did she get all of her information? And what inspired her to create stories in the identical pattern of Flora’s stories? Many questions arise concerning this that beg to be answered.

Furthermore, one must also ask where the responsibility lies with the media. What grave part did they play in this drama as well? Why were they also so irresponsible in too eagerly and repeatedly parading a pathological witness before this nation without validating her authenticity?

Given the track record of CPS, it is likely that this is true. But given the source of Doran’s information that he was operating on—Flora—we can see why he used so much militant might, and why CPS’s actions were so extreme. But one has to also ask how much Doran, with his errantly skewed position, even influenced CPS’s initiation of the raid? Undoubtedly, in all realms, Flora Jessop was the major influence for this despicable, erroneous, and illegal YFZ invasion.

There is no question that Flora stirred the pot and brought this entire matter to the fevered destructive lawless frenzy that it became, including Rosita Swinton’s part. As she has done for most of her life, Flora pressured, cajoled, and lied until her fomenting stories became perceived reality. And one must ask in conclusion: If what Flora has repeatedly stated—that these girls are indeed entrapped abused prisoners who desperately want out—then why was it that not a single one of them fled to her once they were separated from there? Why was it that there was not a single defection, but rather a unanimous yearning to return to Zion?

After hearing Flora’s tragic story—and as you would suspect, we have not nearly addressed the host of all her lies and inflammatory actions—some might be inclined to feel sorry for her and dismiss her perpetually vile and destructive behavior. This is what the FLDS community did for many years. But Martha’s reply is a fitting answer to this, as she has concluded: “I forgive her, but her lies and deceit should not be allowed to continue on as fact.” For too many years Flora has had free reign to lie, and this has been done to the unjust harm and detriment of the innocent lives of others, particularly of late. That time has come to an end.

• Quote: Flora has been swept up in “the TV interviews, the fame, and the glory. … She loves the attention. She’s craved it her whole life.… Nobody wants anything to do with Flora.” “Flora’s been getting away with these [false] stories for a long time now, and it’s time to shut her down.” (Pennie Petersen, anti-polygamy activist who grew up with Flora in FLDS) 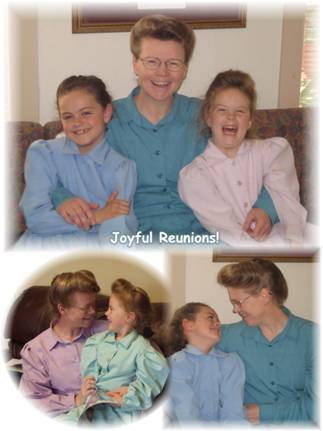 • Quote: “Mothers aren’t allowed to be affectionate to their kids. No hugs, kisses, none of that.” (Flora Jessop)