Eldorado Yearning For Zion women experience the most feared words ever spoken: ‘Your children are ours,’ CPS 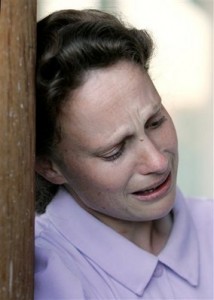 “The death penalty of family law cases.” This is how the events unfolding for 416 children and their now-separated mothers were described as the State of Texas and Child Protective Services (CPS) mount their largest single attack ever on families. After being forcibly removed from their homes at gunpoint and then through deceit and lies separated from their children, these crying and now-untrusting mothers deprived of any parting contact with their children were given the choice—go to a women’s shelter or go back to your homes. “Your children are ours,” said CPS.

Fearfully, these distressed mothers are not alone in their harrowing experience. After working with 300 cases in Georgia alone, State Senator Nancy Schaefer filed a report, concluding: “I believe Child Protective Services nationwide has become corrupt and that the entire system is broken almost beyond repair. I am convinced parents and families should be warned of the dangers. … It obliterates families and children simply because it has the power to do so.”

From Maine to Florida and California to Alaska, these stories are shockingly replete. Brian and Ruth Christine were on vacation in Oregon, eating lunch in their motor home with their three precious little girls, when authorities came and took away the girls, placed Brian in jail, and left Ruth alone, pregnant with their fourth child. Later they would even attempt to take the newborn baby from her at the delivery room. Why did all of this happen? Their daughter was getting over the flu, and there was an anonymous call that a little girl in a motor home looked a little peaked. Does this not sound very familiar to the unjust action taken against the Yearning For Zion residents who were invaded because of one bogus ill-intended phone call? Ultimately, the Christines were forced to sign away their parental rights for all of their children.

Or consider the mother in Arizona who took her son in for surgery after falling off his bicycle and the handlebar jabbing him in the side. Though she told the surgeon the cause, he reported to CPS that her son had a “non-accidental injury.” CPS then took away both of her children, ages 6 and 7. “I am totally lost without my kids,” she says. “I get tired of hearing that people understand how I feel. Unless this has happened to you, you don’t know what it is like. … I would not wish this to happen to my worst enemy. As I have found out, it can happen to anyone.”

Thousands of families across America know this nightmare far too well, and the heavy and unjust hand of CPS is now in action outside Eldorado, Texas, where they seek the lion’s share of devised family disaster.

Marie, 32 and the mother of three boys, told of her experience: “We could not even ask a question.” Her children, she cried, “have been so protected and loved,” but now “they are being abused from this experience.” Thrown into a world of lies and deception where the end justifies the means, Marie concludes, “We got to where we said, ‘We cannot believe a word you say. We cannot trust you.’ “ Sally, the mother of nine children, likewise recounted, “They have unjustly taken [our children] from us and deceived us and lied to us at every point.” This is the standard for any CPS experience. Now, they intolerantly want to strip these children from their parents and put them all up for adoption.

Who is the winner in all of this? CPS. As noted in Senator Schaefer’s report, the Adoption and the Safe Families Act under President Bill Clinton offered cash “bonuses” to the states for every child they adopted out of foster care. This means that the more children that CPS gets, the more “adoption incentive bonuses” they receive. Raiding homes is a cash cow. Therefore, as Senator Schaefer concludes, “there are no financial resources and no real drive to unite a family and help keep them together; the incentive for social workers to return children to their parents quickly after taking them has disappeared.” She adds, “I have witnessed ruthless behavior from many caseworkers, social workers, investigators, lawyers, judges, therapists, and others such as those who ‘pick up’ the children. I have been stunned by what I have seen and heard from victims ….”

This is the same ruthless behavior CPS is seeking to carry out near Eldorado, where 200 miles away outside of Waco 82 people were killed at the Branch Davidian Center in 1993. But gratefully, this time CPS is under greater public scrutiny. And frankly, though this is their largest raid on children, it is in fact only the tip of the iceberg.

Kathleen, 42, the mother of four, lamented, “The state of Texas has taken away a whole community of children and withheld their parents from them on an allegation from outside.” She is referring to the fact that the sole event that brought all of this upon them was a bogus call from someone whose identity and story have never been confirmed. As in the case of the Clarence Thomas hearings, obviously all that matters to CPS is the seriousness of the charges, irregardless of their invalidity.

Kathleen continued, “We have been persecuted for our religion. We are being treated like the Jews were when they were escorted to the German Nazi camps.” Nuremburg Trials are in order now.

Janet, the mother of five, related her reason for coming to Yearning For Zion: “I saw the beauty in it, the virtue and the purity in it. That’s rare in this world.” Likewise, another mother added, “[The children] are clean and pure. This is the worst thing happening to them. They are learning terrible things from the questions being asked, things that they have never been exposed to. They have been so protected here.” The outside world with ridicule and ill-based condescension calls this difference “brainwashed.” Yet the residents of Yearning For Zion would call it purity of mind.

CPS excuses their habitually destructive error as being “in the children’s best interests.” But what parent is ready to accept that a state “professional” who has the motivation to justify her department and earn her pay, is qualified to start determining what is best for their own children?

“Our children have good mothers. We take very good care of them. We are not child abusers. The only abuse they’ve ever had is since the CPS has taken them. They are innocent and sweet children,” said one mother. “The sexual abuse and all of these reports that are coming through are not accurate,” said Janet. “It seems as though, often times people judge from their own hearts — other people — and this is what we are victims of.”